And then there was the internet, it had “inter” in it for a reason, it crossed and ignored borders, an international network. Then there were two nerds of Jewish decent, one from Russia, the other from America, they built Google. They bought a video network called YouTube. It was great and showed a promise of a peaceful future for humanity. But what did the idiots in charge of that business do? They re-invented borders like children in a closeted gang; “Nope, YOU can’t join our club, you’re from OVER THERE”
It’s a sad disgrace.
If only there had been some logic in the blocking, but no, not even that; Some videos have been in the public domain for almost 8 years and only recently got a ‘blocked in your country’ notice. Like that would ever work. Those videos are already on our harddisks. Some videos have always been blocked on TV in my country, but suddenly are perfectly fine to see on YouTube:

Luckily, before it gets all blocked, we can grab the videos in the highest quality available using this wonderful tool called youtube-dl. Here’s my config for it.

What can we do to fight this blocking per country nonsense, besides using a VPN or localized proxy-servers? Let’s all share them from UNblocked nation to blocked nation using bittorrent/syncthing or whatever works! Or use alternatives to YouTube. 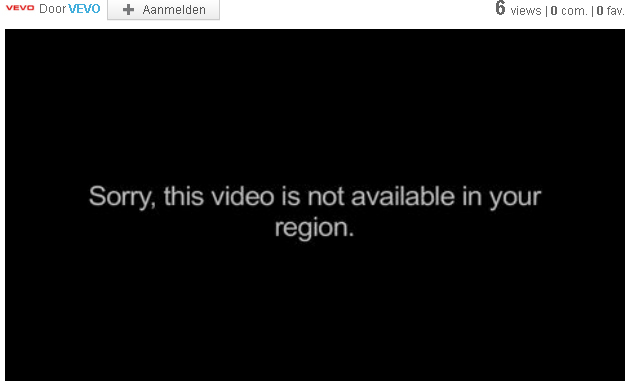 Sorry, you’ve so misunderstood the internet.

One Reply to “Saving videos from disappearing”