Isn’t it hilarious that it’s been “controversial” to say there’s a US proxy war in a country where the US is sending weapons to be used by CIA-trained fighters backed by US intelligence against a longtime US rival in a conflict the US knowingly provoked?
Just an FYI here. Putin asked to join NATO because (as he said in Russian, but nobody dared translate, let alone publish) he hoped and expected they could and would help destroy the nuclear arms arsenal both sides are abusing for imaginary stability between former enemies, and (yes, he actually said this) “all this is, is a weapons arsenal from days when leaders were suicidal emotional maniacs”, and “we are above that now, we have existential problems to solve, like a warming planet and pollution”.
There’s another Putin for you.

Right after NATO turned down his third proposal to have Russia join, he noted that the nazi–affiliated groups in Ukraine, who were murdering thousands of innocent russian speaking people in Ukraine (mainly in Donbass), were a big problem for NATO. Adding that he “does not understand why NATO even still exists”, and that his “quest to join NATO was merely a way to prove NATO is a useless cold war relic, a museum piece that should be rendered useless for a globally united humanity”, after all; More than half of the uranium being used by US nuclear power plants today has been imported from Russia, Kazakhstan and Uzbekistan. And the US is purchasing over 100000 barrels of crude oil from Russia PER DAY, still. 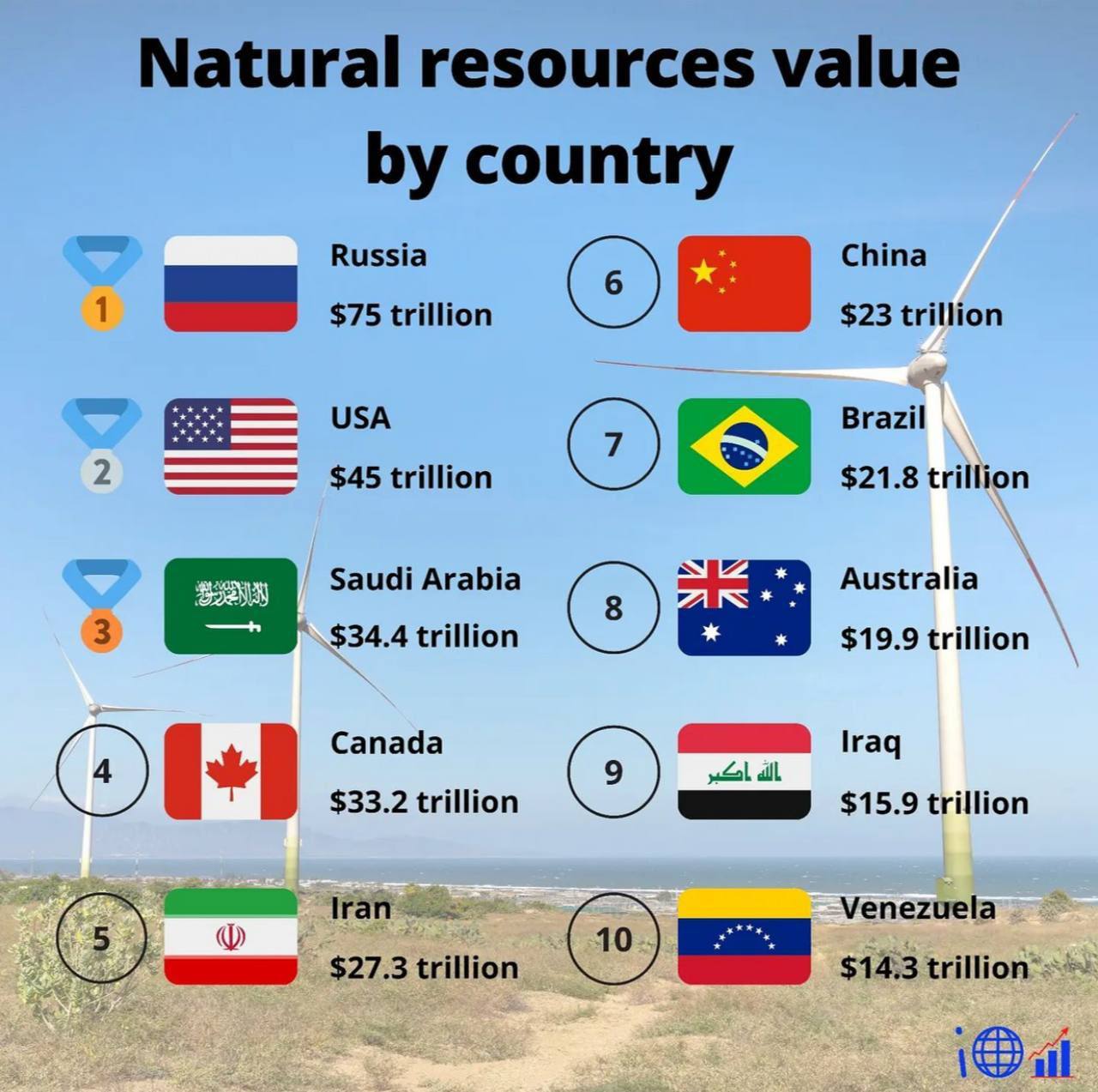 I know you all want to hate Putin, but he had his reasons, and he’s not stupid. Vladimir Putin’s yearly score of war-victims (both domestic and abroad) is not even approaching that of the average US president. Ask yourself: Why was Edward Snowden not welcomed/protected in NATO-territory? Why is Julian Assange still in jail in the UK? Didn’t he help show you some war-criminals? Are you really sure that what you’re being told about this war is so important that you want to risk global nuclear annihilation for it? Because the way this is going, this is exactly what NATO is doing by pushing its ridiculous cancel-culture onto 144 million Russians.

An eye for an eye will leave the whole world blind...
Both my parents are of Dutch origin, they met while studying Slavic languages (among others), in fact, that is why I was born in Belgrade. My mother was a Russian language teacher for a long time, a special option that existed on the ThijCollege in Oldenzaal (in The Netherlands). When I turned 18, I refused to join the army back when they wanted me to join. Like many others, I saw this war coming from a mile away. The almost fanatical drive to provoke it from Washington was nothing short of disturbing. The glee with which NATO countries have embraced this manufactured crisis is frightening. The media propaganda nothing short of dystopian. The world is sleep walking over the knife’s edge of oblivion with madmen and psychopaths at the wheel. War is for power-hungry money-hungry idiots;
Only the autocrats and politicians who dream of empire and global hegemony profit from war, by wielding armies, warplanes, and fleets, along with the merchants of death, whose business floods countries with weapons. The expansion of NATO into Eastern Europe has earned Lockheed Martin, Raytheon, General Dynamics, Boeing, Northrop Grumman, Analytic Services, Huntington Ingalls, Humana, BAE Systems, and L3Harris billions in profits. The stoking of conflict in Ukraine will earn them billions more. The European Union has allocated hundreds of millions of euros to purchase weapons for Ukraine. Germany will almost triple its own defense budget for 2022. The Biden administration has asked Congress to provide $6.4 billion in funding to assist Ukraine, supplementing the $650 million in military aid to Ukraine over the past year. The permanent war economy operates outside the laws of supply and demand. It is the root of the two-decade-long quagmire in the Middle East. It is the root of the conflict with Moscow. The more corpses they produce, the more their bank accounts swell. They will cash in on this conflict, one that now flirts with the nuclear holocaust that would terminate life on earth as we know it. (<- borrowed bits from Chris Hedges here)

It seems that Nazis are running the country you’re so concerned about, because they threaten the lives of the people running the government and the people in government are credibly afraid of them. Nazis have an entire battalion in the Ukraine military plus a substantial presence in the rest of the military, and there are Nazis in high places in their government, such as their head of National Police. Nazis last week assassinated a Ukraine negotiator because he offered Russia something that the Nazis didn’t want him to offer, and the head of a Nazi group in Ukraine claims that the 2014 coup would never have happened if not for the Nazis, because they were the only ones willing to fight for it. So yeah, great side that you picked. My side, you ask? I stand with traditional indigenous people, with the innocent animal-world, with the Earth, the land, the air, the water, the sky, the plants and trees.

The mere fact that air-travel now has to avoid flying over Ukraine and/or Russia will cause a bonus CO2 rise far outweighing any and all local global warming mitigation. If any political leader was ever serious about keeping our habitat alive, about human survival, about the future of ecosystems, they would end all wars tomorrow. Obviously they’re not, they’re a bunch of primitive idiots, or as Putin put it so eloquently “suicidal emotional maniacs”, who have no idea what they are doing to their habitat. One wonders if they even went to school. And I hate them for it. You go explain nuclear arms to your offspring, good luck when they start realizing what a complete fucked up system you’ve created for them to grow up in. I see nothing but anarchy in store for our children, and rightfully so.

Oh, and Sergey Mikhailovich Brin, you jewish russian you, I know you’re reading this since you’re chief google; I’m so disappointed in you, deciding to join the mass media blob bandwagon to block RT on your YouTube for us in Europe. Why do this, you censoring fascist you, why? Where are your crocodile tears for the victims of U.S. invasions of Afghanistan, Iraq, Libya and Syria to name just the most recent U.S. war- and human rights-crimes? Russia is not a nation full of evildoers, because it violently decided to save the victims of 8 years of abuse. Nobody I know condones the destruction of Ukraine, but
1) The U.S. and NATO are the root cause of it;
2) If you’re an American, you should be fighting U.S. transgressions, like the current genocide in Yemen it’s committing by arming Saudi Arabia, its occupation of 1/3 of Syria and theft of its oil, and the current bombing of Somalia. Considering what the U.S. is currently doing, obsessing over Russia like most of you do is utter hypocrisy.
3) Many of you obviously can’t keep contradictory thought in your head; The fact that people point out that the root of this problem is the U.S. (and NATO) does not mean that we don’t also oppose Russia possibly committing war-crimes. But after almost 3 months, I tend to lean towards more war-crimes being committed by Ukraine, rather than by the Russians, just like the latest UN findings prove.
Besides, if Russia did not have nuclear weapons, the US/NATO would have Yugoslavianized it a long time ago. Don’t flatter yourselves.